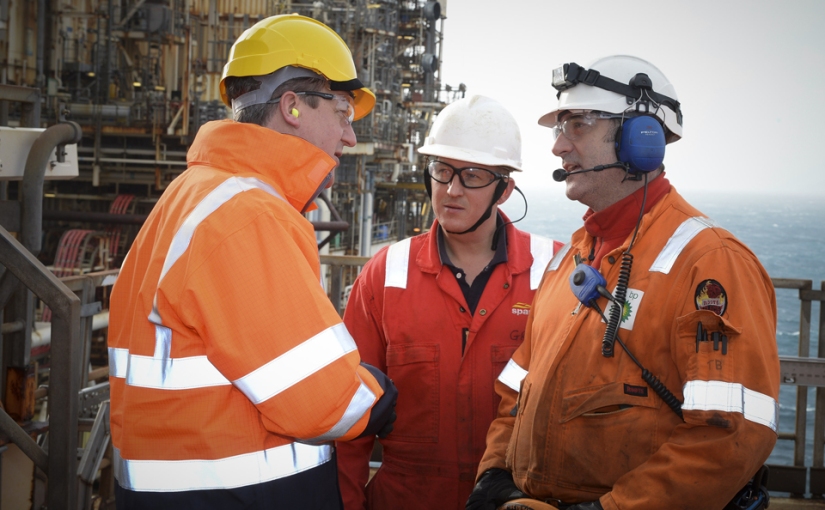 Last year I suggested that there were strategic reasons to maintain North Sea production. The system of interconnected assets and their cross-reliance on each other means that it will be in the common good for “UK PLC” to maintain key infrastructure despite it being a poor proposition for individual operators.

For goodness sake – we subsidise the tracks that our trains run on, I can’t see any argument for the creation of economic value there that does not apply to our North Sea processing and export network. [Link]

So I was heartened to see that David Cameron is in Aberdeen with what the FT called an emergency investment package. I was less pleased to see what the promised £250m investment was to be spent on:

The prime minister will promise a new “oil and gas technology centre” in Aberdeen to fund future research, including into innovative ways to extract oil and gas.

The package will also help expand the harbour and support the city’s pharmaceutical and agri-food industries to try to help Aberdeen diversify from its reliance on oil and gas. [Link]

Well that’s not exactly the response I was thinking about – seems to be a rather poor investment case for UK PLC. Luckily we’ve formed another task force.

His visit coincides with the first meeting of a new task force of senior ministers set up to deal with the issue, chaired by Amber Rudd, energy secretary. The group will include Anna Soubry, business minister, and David Mundell, the Scotland secretary.

Together with the OGA there seems to be plenty of civil servants looking at the issue.

True to form – the FT actually got to the nub of the issue with its parting shot:

Many in the industry are also urging George Osborne, the chancellor, to relax the rules around who pays to decommission oil platforms when they reach the end of their lifespan. Many argue that the strict laws making anybody who has ever owned a particular platform potentially liable for its eventual dismantling are discouraging companies from buying up ageing assets and investing in them.

One energy banker said: “One of the things that could really help is if we see more takeover activity, with companies buying either struggling rivals or older rigs.”But the main thing stopping that right now is that nobody wants to take on potentially massive decommissioning liabilities.”

Despite the decline in oil prices there is risk capital available but to take this opportunity irequires a few critical pivots. They are:

Perhaps rather than expanding Aberdeen Harbour we could change the rules and use this £250m to help sort these out? At least it would be a start.

What do you think, is the proposed disbursement the best use of the money?