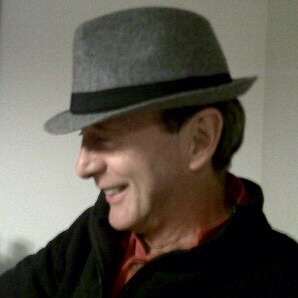 On the 10th of Sept 2015 I caught up with one of my earliest mentors, Short Allerton. Short is well known in the Oil and Gas industry. For those who have not met him yet I highly recommend you find a way to. Among Short’s many achievements he was BP Exploration’s Planning Manager and their Chief Geophysicist in the 1980’s, he was a co-founder of Dragon Oil and has been an independent advisor to service companies and the boards of various VC backed ventures. He is one of the most inventive people I have had the pleasure to know and he has no fear of telling it like he sees it. I sought out his opinion on what we can do to fix the North Sea basin and below are some of his thoughts.

Gareth: So Short, you’ve forgotten more about the North Sea than most people have ever known. What do you think about my stance that draining the North Sea should be a priority for the nation?

Short: Your article caused me to recall when I first went to work in Russia in the mid-90s for Schlumberger. The oil companies I met had no word for ‘profit’. They only talked about ‘revenue’. After all, who needs to be concerned that producing 100 barrels of fluid to extract 1 barrel of oil was ‘unprofitable’ if the barrel of oil could generate ‘revenue’, and that was what the oil men were measured on, while the means of production (pumps, electricity, separation) was just a ‘cost’ to the centralised ‘command-and-control’ system. You must remember that, to achieve your aim, commercial realities must be met.

Gareth: OK, I understand that we need to be commercial about it. Although we must be careful to consider a national, rather than company, accounting point of view. What do you think is necessary to do this?

Short: I think both perspectives need to be respected. If your vision is to find ‘smart’ ways to extract more hydrocarbons at these low oil prices, it will require more than new technologies. To be commercial will mean more than squeezing the profits of service companies. You seem to imply in your article that the biggest gains (both in production and thus in revenue, even profit) will come from savings made by owners of assets working in a different way to take advantage of each other’s infrastructure. I think you are probably right.

If you are trying to generate momentum behind interested oil companies working together to come up with win-win schemes through cooperation, then I can admire your initiative.

Gareth: OK, thank you for your support. What do you think the keys to success will be?

Short: To do this will need someone with a near total ‘overview’ of what those assets are and how they might work together.

In my experience, most oil company personnel are focused on their own assets, and it’s rare to come across anyone with the wider perspective. It was true back in 1985 and I’m pretty sure it is now. Perhaps the best people to be in that position are the O&G experts or the industry advisers to the Government. Perhaps this is the role of DECC or even the OGA? I know they publish some data on their website about the infrastructure installed, but I am not sure how useful this information is.

Gareth: So, what you are suggesting is what I’ve been taught to call an information gap. You’ve been in this industry for longer than most, do you have any experience in a situation where an overview of information was valuable?

Short: 30 years ago, I happened to be in a position to grasp a reasonably complete picture of the North Sea oil business. I was able to use that grasp to ‘map out’ a future timing of when the various gas discoveries industry-wide would come on stream, based on an analysis of the gas demand growth in the UK, the impact of Norwegian sales to the UK, the decline rate of existing producers, the price per therm to bring on new discoveries etc, etc, etc. This analysis shaped our exploration and production strategy in the North Sea for the next several years.

I was able to do this because I was in charge at the time of the subsurface exploitation of 25 BP fields spread throughout the Southern, Central and Northern North Sea and Western Margins and I had a great team working with me. I’m sure our analysis did not work out as I predicted – that isn’t my point. However, it gave us a ‘direction’ – when and how to invest, and where (and why). I had an overview of the data and could see the connections. I am sure that with all the small discoveries and interdependent satellite sub-sea developments it’s much more complicated now.

Gareth: So what do you think it will take to “make it happen”?

Short: I have the feeling that to get this off the ground, someone has to come up with a ‘killer app’ – a scheme that brings the assets of two companies together in a win-win solution. Once it’s been shown that it can work, hopefully more of the rest will be tempted to follow – or at least to talk, listen and think – and see the potential.

Innovation Expert with 30+ years of experience living and working across the world. I apply an engineering approach to helping companies innovate and achieve commercial success. View all posts by Gareth Davies

One thought on “Interview with Short Allerton”